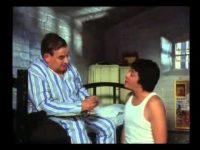 Porridge The Movie (1979). To begin with, this is a full length feature film – Porridge The Movie from 1979. Obviously it is a spin off from the successful television series Porridge. However,in the United States of America this film had the name of Doing Time. Also, while the TV … Continue reading →